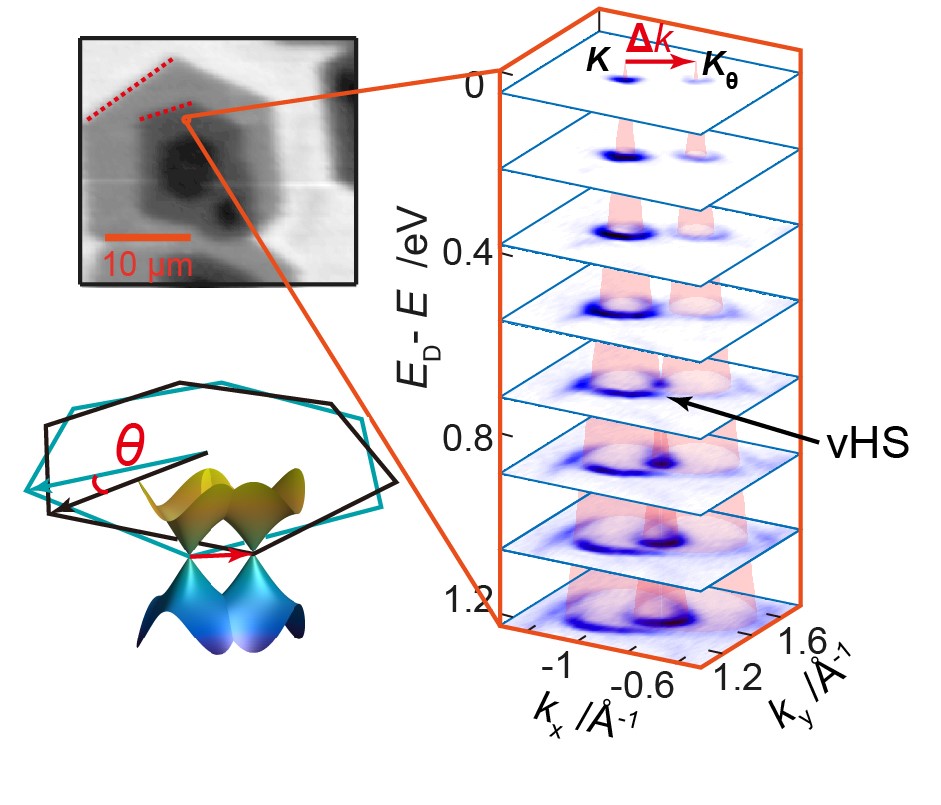 Stacking thin films together is just like playing ‘microscopic Lego’. The 2010 Nobel Prize in Physics is for finding the first building block: graphene. Ever since then, there have been more atomically thin materials coming out, such as silicene, germanene, boron nitride, etc. The interplay among these thin films can result in very different electronic properties. The different combination possibility and the stacking order provide a large parameter space to search (and to write papers about).

To make the electronic application with stacking thin film materials, one must answer the question: how does the electronic structure change in different stacking parameters? To answer this question, one may use Angular Resolved Photo-Emission Spectroscopy (ARPES) to visualize the energy band directly. However, the traditional ARPES use a millimeter-sized light spot to excite the electrons, which does not suit a typical several-micrometer-sized flake. The recent advances in ARPES with micrometer-resolution (micro-ARPES) provides a wonderful tool to solve this problem.

Modelling the Fermi level in a multilayer system 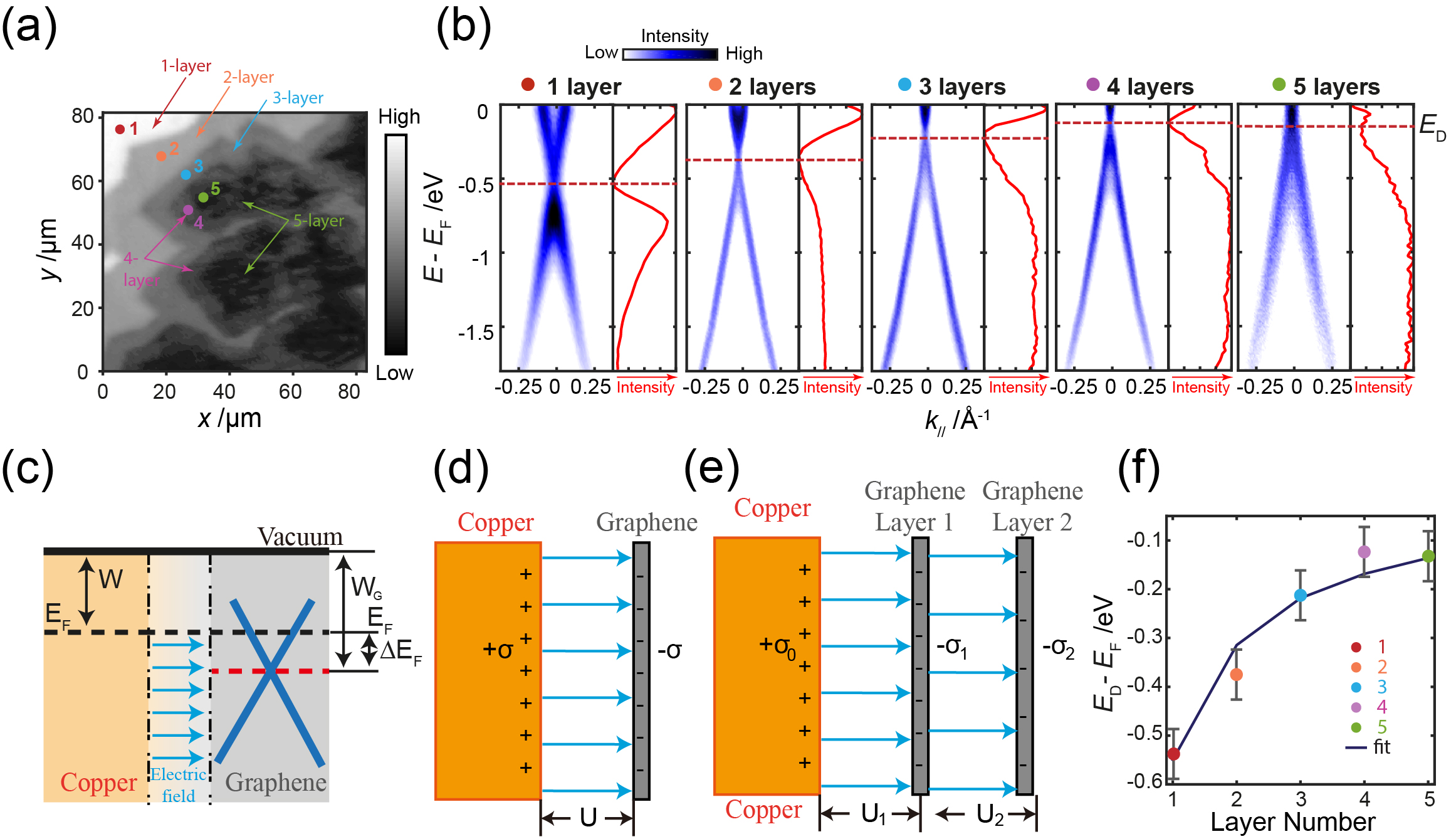 Substrate is an important factor to consider when making any thin film device. One important feature about the metallic substrates is that they provide electrons and effectively ‘dope’ the thin films. Intuitively, the more number of layers covering on a substrate, the weaker this doping effect will be, since the underlying layers act as a shield. This intuition is in accordance with our observation shown above (Figures a and b). The Fermi level rises with the number of layers and reaches nearly neutral position when the number goes to five.

To quantitatively explain this layer-dependent doping phenomenon, we propose a multilayer capacitor model (Figures c, d and e). The effective chemical potential causes an electric potential difference between the copper substrate and the graphene. This potential difference is then further tuned by an effective interlayer distance. With these two parameters to be fitted, our model explains the experiment data very well (Figure f). This model is discussed in full detail in the supplementary materials of DOI: 10.1002/adma.201606741.

Evolution of the band structure of twisted bilayer and more

It turns out that the van Hove Singularity controls many properties in twisted bilayer graphene. The photocurrent sensitivity can be explained by the excitation of photons between the two van Hove Singularities (one below the Fermi surface and the other above the Fermi surface). A wavelength-selective photodector is fabricated with the twisted bilayer graphene by our collaborator as the sensitive wavelength can be tuned with the twist angle.